Zoom Webinar with Amaroq Weiss: The Return of the Wolf

On April 17 th at 4 pm, the Friends of San Pedro Valley Park welcome Senior West Coast Wolf Advocate Amaroq Weiss from the Center of Biological Diversity as she relates the current situation with wolves in California and the West Coast. With California as the latest frontier for wolf reestablishment, Weiss will discuss these remarkable animals and the politics, laws, social issues and science of wolf protection and recovery, and how you can get involved. Join us for a fascinating lecture. 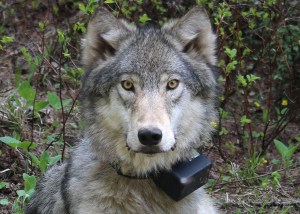 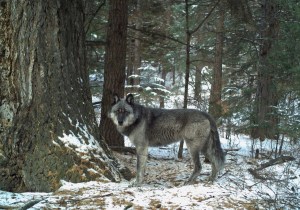 About the talk: California’s first wild wolf in nearly 90 years crossed into the Golden State from Oregon in late 2011. Since that time, two wolf packs established here, though one mysteriously disappeared shortly after. While several dozen additional wolves have come and gone in the past 10 years and there is recent evidence of a new wolf pair, the Lassen pack in far Northern California is the only current confirmed pack in the state. The return of wolves to the West Coast and other limited parts of the country, after this species had been driven to the brink of extinction by state bounties and federally-sponsored eradication programs, is an electrifying conservation story. As top-level predators, wolves play an essential role in wild nature. They’re also part of our natural heritage, and their return is cause for celebration. Even though wolves have barely begun to recover in the lower 48 states, both wolves and legal protections for them are under constant attack by special interests and decision-makers. The future of wolf recovery is at risk. Wolves are intelligent, highly social and charismatic animals that live their lives in family units like our own. As young adults, wolves leave their families to find mates and establish their own territory just like we do, and are essential for healthy, wild nature. 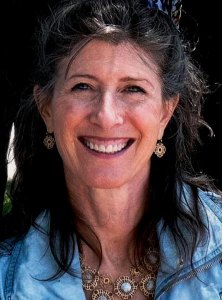 About the speaker: Amaroq Weiss is a biologist and former attorney. Amaroq has worked on wolf issues in the northern Rockies, Alaska, the Southwest, Pacific West and at the federal level, for 23 years. She was a stakeholder/advisor for the drafting of Oregon and California’s state wolf plans, and currently focuses on wolf management by state wildlife agencies, commissions and legislatures in Washington, Oregon and California, and wolf recovery and protections at the federal level. She is the author, co-author or editor on multiple publications and Op Eds on wolves, has appeared in several wolf documentaries, and is frequently interviewed by national and international media outlets. Prior to joining the staff of the Center for Biological Diversity in 2013, Amaroq previously worked for the Mexican Wolf Conservation Fund, Defenders of Wildlife and the California Wolf Center. She holds a B.S. from Iowa State University, an M.S. from University of Wisconsin-Madison, and a J.D. from University of California Hastings College of the Law.